In the spring of 2011 Hamilton County in Iowa found themselves in the situation of having a very unique opportunity. The local hospital had built a new facility and offered to donate the old Hamilton County Hospital facility to the county. Patti Treibel Leeds, the Hamilton County CPC, (Central Point of Coordination), had been discussing concepts for sub-acute care with other county CPCs and seized this opportunity to explore options. 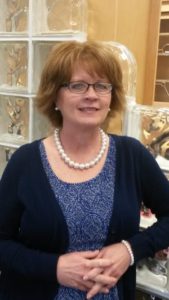 Patti connected with the CPC of Boone County, John Grush, and the CPC of Hardin County, Linn Adams, to discuss possible options for this facility. John Grush suggested incorporating the assistance of a consultant, he had previously met, to assist with the research.

In May of 2011 the team met with Tim Bedford, a Certified Psychiatric Rehabilitation Practitioner and Program Development Consultant for The Center for Psychiatric Rehabilitation of Boston University to discuss contracting his services for the research project. A research agreement was made which resulted in a manual developed by Bedford that laid out a course of action the counties could undertake that would ultimately lead to their goal of sub-acute care services. Unfortunately the study found the old Hamilton County Hospital facility to not be a viable factor in the stages of development and the recommendation was to reject the offer to utilize this building, subsequently the building was destroyed.

The concept for develop that was presented was a holistic recovery model which incorporated a tiered development of services that started with Intensive Psychiatric Rehabilitation Services (IPRS) and Community Support Service (CSS) which would lay a foundation and corporate structure for future steps. This step would be followed by the development of Peer Support Service programs which would incorporate individuals with “lived experience” in mental health as key factors in the Recovery Model. The final tier of the concept was to utilize this structured base corporation to support the development of crisis intervention services.

The original team was interested in the concept enough to open discussion with other counties and ultimately develop a 28E agreement to incorporate multiple counties for the purpose of establishing a corporation with the mission of undertaking this course of action. This corporation became Central Iowa Recovery. 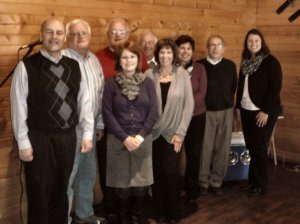 The initial participating counties were; Hamilton, Boone, Hardin, Franklin, Marshall, Madison, and Guthrie County (which had also incorporated Audubon and Greene Counties in a partnership agreement).
Of course this step of developing a 28E corporation took several months and in March of 2012 the team had completed the structure of the Board of Directors and was ready to hire someone to implement the further development of the service components of the company. In March of 2012 interviews were held by members of the Central Iowa Recovery (CIR) Board of Directors for the position of Executive Director. Tim Bedford, CPRP was hired to fill the position with a starting date of April 10, 2012.

Chapter 24 Accreditation was completed in May on 2012 and the CIR Magellan contract for all 9 participating counties was executed in September of 2012.

Although the original plan of action indicated the next steps to be development of the Peer Support Service and then Crisis Stabilization Services CIR found the need to postpone those steps. The IPR program had been so well received in the participating counties that additional counties expressed interest in becoming involved.

In March of 2013 the CIR Board accepted four additional counties as participants and steps to add the counties into our Magellan contract were implemented. The counties consisted of; Warren, Dallas, Story and Jasper.

November of 2013 the contracting was completed and 9 new IPR Practitioner trainees were hired to begin training on December 2nd. On December 16, 2013 after completion of the training, services were initiated in the 4 additional counties bringing CIR up to a total of 13 counties of service provision. 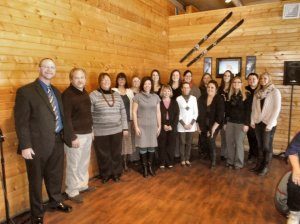 In the beginning of 2014 CIR began looking into the next step of adding our Peer Support Services when we were asked to consider adding Poweshiek County to our service provision area. At the same time the IPR provider for Polk County announced that they were going to discontinue providing IPR in Polk County. A representative of Polk County requested information on other providers interested in filling this vacancy and after meeting with Magellan and the Polk County official plans were made to pursue the steps for CIR to offer IPR in Polk County. In March of 2014 the CIR Board of Directors passed a motion to add Poweshiek and Polk Counties to our list of service counties. The steps were implemented and on September 29, 2014 the contracts with Magellan for Poweshiek and Polk Counties was executed.

At this point in company growth it was determined that there was a need to add a level of supervision to assist the Clinical Director with staff oversight and support. Julia Sherman, QPRP was hired to fill this position and began supervisory duties out of Des Moines, Iowa on November 17, 2014.

Once having received the Magellan contract efforts to recruit new staff was implemented during which time the steps to develop the Peer Support Program were being completed. On November 3, 2014 the first CIR Peer Support Staff were hired. Two individuals were hired to begin service implementation in primarily Hamilton and Boone counties as well as immediate outlying counties.

On January 12, 2015 the 4 new IPR Practitioner trainees were hired to fill a vacancy and cover the staffing needs of the 2 newly added counties. On January 26, 2015 the services in Poweshiek and Polk Counties were implemented bringing the CIR service area to 15 counties.

Currently as of February 2019 CIR has successfully maintained contracts with the MCOs as a part of the changes in managed care in Iowa. We have successfully developed and operate the Rose Center in Boone, as well as are implementing plans to develop another Drop-In Center in Indianola. CIR is in its 7th year of operations and can boast a history of assisting hundreds of individuals make significant strides in the steps to recovery.

CIR continues to grow and additional counties have expressed interest in becoming a part of our company service area so that the residents of their counties can receive these valuable service programs. We have more work to do within the current service area expanding our Peer Support Service to additional counties, along with assessing the need of additional IPR Practitioners in some of our current operations areas. The Peer Support Service and staff, as predicted, has become a very valuable asset to the company and the expansion of this service is a must. We are constantly on the lookout for talented people to hire and train as IPR Practitioners and as Peer Support Staff. All in all, this situation leads to company growth and multiple employment opportunities for those who have an interest in assisting others on their road to recovery.